Bryony Stone is Head of Editorial at MATCHESFASHION, leading editorial output across all touchpoints including web, mobile, app, special projects and brand partnerships. 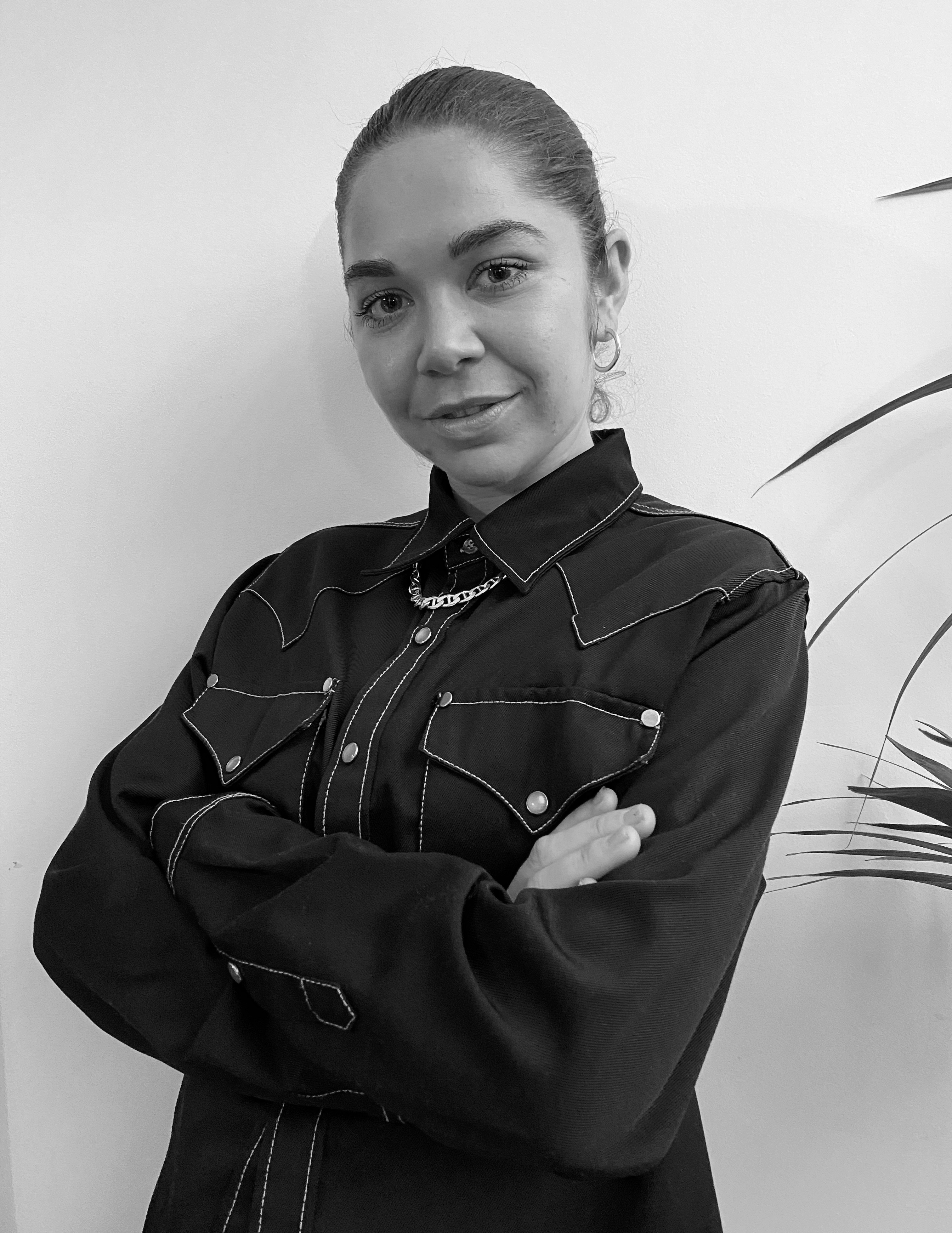 To request a selected portfolio, please email Bryony. You can find selected projects, below.

To celebrate REMAKE: The Heavy Rugger Edition, Dazed teamed up with Gant to discuss the history of the Heavy Rugger and how sustainability has always been an important part of Gant's journey. The campaign encompassed a feature on Dazed Digital, a film starring poet Wilson Oryema and a podcast featuring GANT Creative Director Christopher Bastin, Dazed editor Emma Davidson, and Wilson Oryema, who is the co-founder of Regenerative Futures and an ambassador for Green Future Project.

Partnering with the BBC to celebrate the launch of Steve McQueen’s Small Axe anthology, THE FACE brought together nine Black Londoners to explore their experiences of growing up in Britain in three conversations hosted by poet Bridget Minamore. The first episode brought together filmmaker, DJ, and musician Don Letts and fast-rising rapper Jeshi who explored the ins and outs of being Black men within music across generations. The second episode was a conversation on Black queer identity between UK Black Pride founder Lady Phyll Opoku-Gyimah and writer and poet Kai-Isaiah Jamal, chaired by Bridget Minamore.. The third and final episode brought together musician Celeste and creative director Harris Elliott.

In partnership with Moncler, The Face Presents: Future Academy
The Future Academy Class of 2021 is a group of 50 young creatives from around the UK who will each have access to free online learning resources and virtual mentorship from THE FACE and its network of creatives. Two individuals from underrepresented backgrounds completed paid placement at THE FACE, London and Moncler, Milan. Cassandra and Sulay embarked on a program of bespoke modules, chaired by industry leaders and designed to give them a 360° crash course into the world of media and design.

The Face in partnership with Asics Gel-Kyrios™
To celebrate the launch of Asics Gel-Kyrios™, The Face took a deeper look at the brand’s ​“Sound Mind, Sound Body” philosophy. We tapped up two born-and-bred Londoners – Steven Julien, producer, DJ and founder of London label Apron records and singer/​songwriter TYSON – to ask, what does space of mind sound and look like?

A Portrait of a Bar: Earl’s Juke Joint in Newtown, Sydney
AnOther Door Opens: In a new series created in partnership with Jameson, AnOther explores bars around the world as spaces for community and creative collaboration.

Burberry Boundless
To celebrate the release of Burberry’s Monogram puffer collection, Dazed Studio created an immersive digital exhibition space showcasing works created by four boundary-breaking creatives – poet James Massiah, artist Jacolby Satterwhite, photographer Huang Jiaqi, and the twin designers behind Medea. We invited each of them to create a piece of work responding to ideas of boundlessness, weightlessness and freedom for the online gallery and wrote four editorial features profiling the creatives for Dazed Digital.

Converse
Connecting Converse's channels to culture, communities, and stories from around the world. In the run up to the back-to-school season, Converse wanted to engage their 10 million Instagram followers by amplifying some of the voices from their community. I travelled to three continents to document their stories in a way that seamlessly connects Converse to culture and keeps the Chuck Taylor legacy fresh for today’s culture creators. Our travels were captured into a film and photography series by director India Sleem for the brand’s Instagram channels, sharing the stories of the groups and connecting Converse to culture worldwide.
In Seoul, we hung out with female DJ crew Bazookapo. Through their parties and radio show, they aim to open more safe spaces for women to go out at night. By creating a supportive and motivating environment, they hope to inspire other female DJs in Seoul to be more visible, too.
Over in Mexico City, María Osado let us into the world of Güerxs, the casting and modelling agency she started aged 19. She tells us how she casts people not just on the way they look but on the stories they have to tell, in order to challenge beauty standards and increase diversity in the fashion industry.
In London, we profiled racial justice activists Legally Black, who fight underrepresentation of black people in the media. They talk about the work they do to facilitate space for black actors, directors and creators, and how working with friends is an honest and transparent process.

In 2017, Bryony founded IRL platform all in: The first all in: event was a 10-day long exhibition held at House of Vans. all in: the mind brought together 19 emerging and established creatives including Tim Noble, Akinola Davies, Celia Hempton and A Sai Ta, to take a closer look at the connection between mental health and creativity.

all in: the mind was covered by Dazed, i-D, Refinery29, LOVE magazine, Wonderland, TimeOut London, Amuse and ArtViste. Over 700 people attended the opening night and the panel discussion sold out.

In August 2018, Bryony transformed the House of Vans gallery space into an site-specific, pop-up artists' residency called all in: progress, building a community of London's most promising young talent right underneath the city's busiest station.

Fine artist Alfie Kungu, fashion designer Paolina Russo, painter George Rouy and multidisciplinary artist Wilson Oryema generated a new entire body of work across fine art, poetry and fashion, driving their practice in unexpected new directions in response to the community working alongside them. The residency was covered by publications including Dazed, Wonderland, ELLE , Evening Standard, TimeOut, i_-D, It's Nice That and Another Man.

In October 2018, Bryony curated all in: bodied at Galeria Melissa in Covent Garden presented by Brazilian shoe brand Melissa. A collaboration between artist Zoë Marden, designer Sinéad O’Dwyer, choreographer Grace Nicol and dance artist Becky Namgauds, all in: bodied was a love letter to the female-identifying body in motion: the way she occupies space, the infinite variation of forms she takes and the way she moves through the world. all in: bodied was covered by It's Nice That, Dazed Beauty and ELLE.

Bryony has curated, chaired and spoken on panels including SHOWStudio, 50 Years On, It’s Nice That’s popular monthly event Nicer Tuesdays, European creativity conference Eurobest, a Digital Detox with Bbyface and Nike, The Other Art Fair, The Laundry Arts: Women, Creativity and Sport supported by Nike Women and her own platform all in: supported by Vans.